The plain of Paestum lies in the area between the foot of the Capaccio hills and the coastline. It was already inhabited in the Palaeolithic era. In the mid-seventh century BC. the area was occupied by apparently unorganized villages, which were unable to oppose to the Greek colonists arriving from the sea.
The Greeks built a fortified outpost on the seashore and founded, around 600 BC. a city, that they called Poseidonia, in honor of Poseidon, the god of the sea.

The inhabitants built the Heraion (a sanctuary dedicated to the goddess Hera) at the mouth of the Sele river: this temple also had a defensive purpose, protecting the area from the Etruscans, who settled on the other edge of the river. This sanctuary became so famous throughout the Greek world that legends spread about the foundation of the building. According to them, the ancient Greek mythological hero Jason himself built the sanctuary, helped by the Argonauts.

Poseidonia was protected by mighty walls, the most imposing and best preserved of the antiquity; four gates, located at each cardinal point, granted a safe access into the city. Thanks to his geographical position, to the nearby trade routes, waterways and the soil fertility, the Greek town quickly reached a period of artistic and cultural splendour: it culminated, within a century, in the construction of three splendid Doric temples, a precious legacy of the Greek civilization.

Because of the wealth of this colony, the inland population of the Lucanians occupied the town around 400 BC., changing its name to Paistom and trying to maintain the magnificence of the Greek period. In the meantime, the Italian peninsula was gradually conquered by the Romans, who arrived in this plain after the war against Pyrrhus. They founded a Latin colony called Paestum.

The new colonists enriched the city with large buildings, including the portico of the Forum, the thermal baths, the amphitheatre and the so-called “Temple of Peace”. Paestum flourished until the Late Roman Empire, when it began to fall into an irreversible crisis due to the changed political needs of Rome, which focused on the new eastern trading routes. 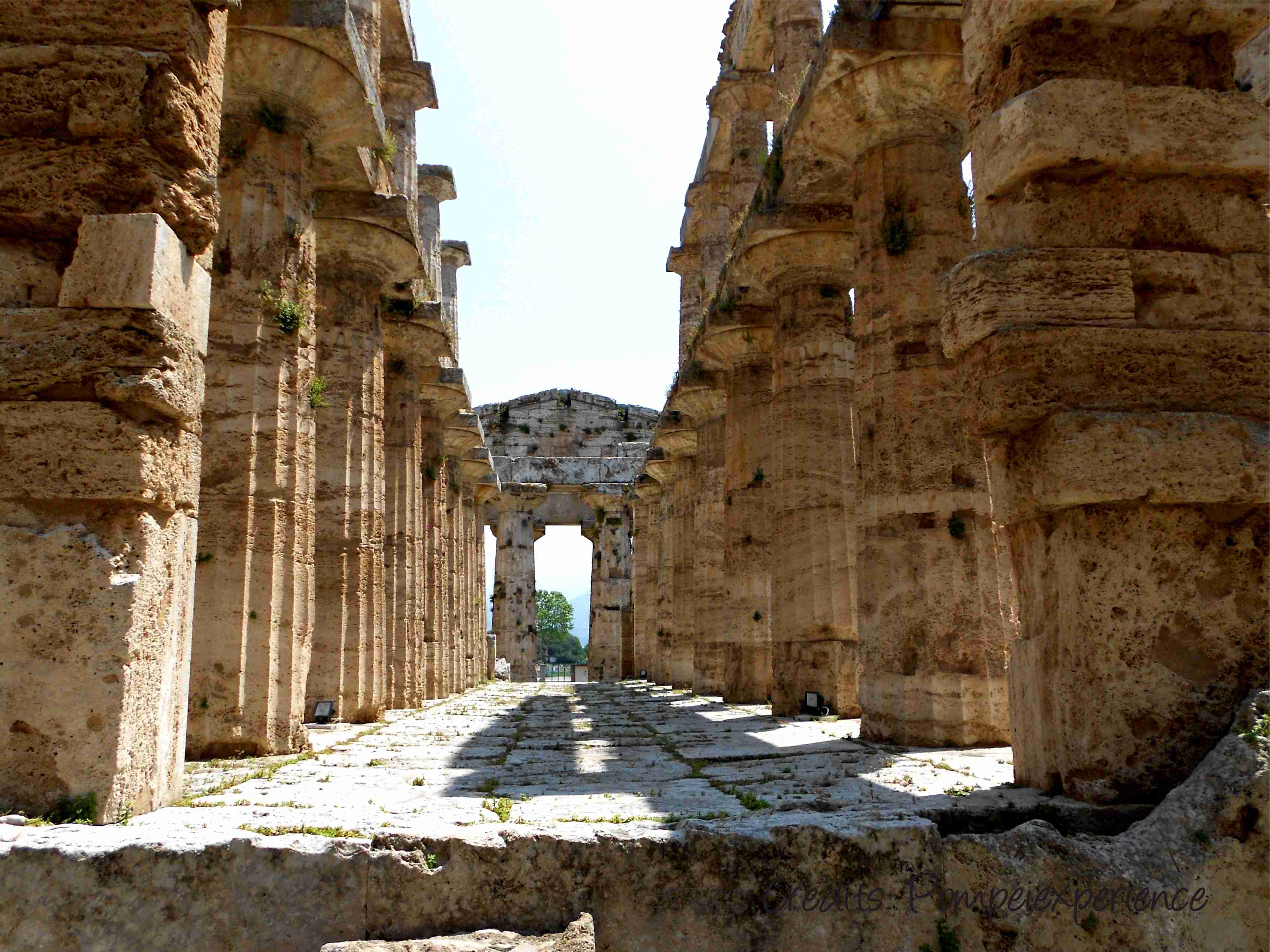 Due to the foreign incursions and epidemics, the city emptied and the centre of commercial life moved to the hills, leaving the temples at the mercy of the growing vegetation.
A renewed interest in the area started in the 1700s, after the discovery of the city through the dense woods by the Spanish king Charles of Bourbon: Italian and foreign poets, artists and writers, began to frequent the area, spreading its beauty throughout Europe.

Let us guide you through the ancient city of Paestum, among Greek and Roman ruins, declared UNESCO World Heritage Site in 1998. Discover with us the charm of this place, which fascinated poets and artists as Goethe, Shelley or Canova. Pompei Experience will show you the ancient excavations, the impressive temples and the incredible National museum of Paestum, built in the 1950s: the artifacts, finds and the richly decorated tombs preserved in this building will tell you a lot about the life and the civilizations, which used to live in this plain. What are you waiting for? Contact us and book your visit!

Visit of the national museum and of the ancient Poseidonia majestic temples.